Simon Kuper’s popular book, “Football Against the Enemy”, was an analysis of the football-politics relationship and published in the UK in 1994. This study quickly became a “cult book” and has been translated into Turkish in 1996 and has been reprinted several times.

Football quickly became commercialized and became an industry, but it was in the Mediterranean basin and Latin American countries that politics mingled with football.

Especially in Turkeyâ€¦ Last week a new stadium, Vodafone Arena Ä°nÃ¶nÃ¼, a football sanctuary, the new stadium of the football club BeÅŸiktaÅŸ was inaugurated. One of the most important derbies in the world, the FenerbahÃ§e-Galatasaray match, was also played last week. 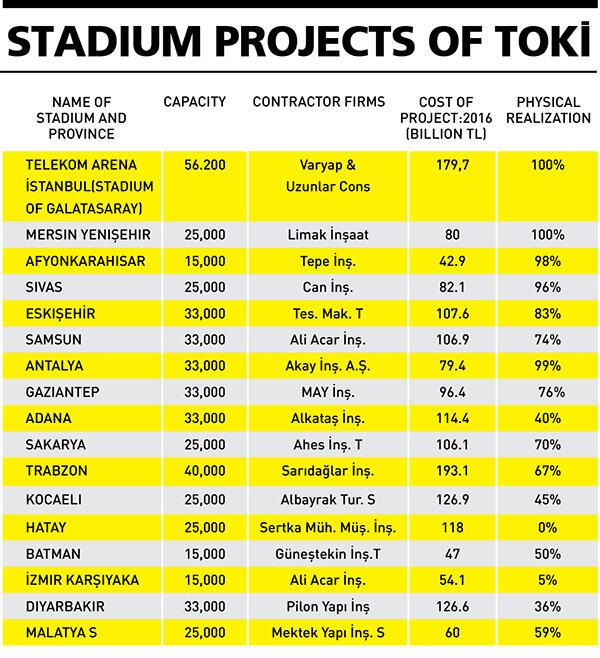 Whether we like it or not, the Turkish football industry is one of the important pillars of world football.

To make a comparison, the market value of the country’s premier league players is added to find the league’s market value. For example, in the English Premier League there are 544 professionals and their market value is $ 4.4 billion. English Premier League teams are worth $ 4.4 billion. Spain comes in second with its $ 3.3 billion players. Germany and Italy have $ 2.6 billion in players. France has $ 1.6 billion of professional premier league players. Turkey has $ 1.1 billion while Russia is close to Turkey. Portugal, Belgium and the Netherlands have football player assets worth less than $ 1 billion but they are in the top 10 in Europe. 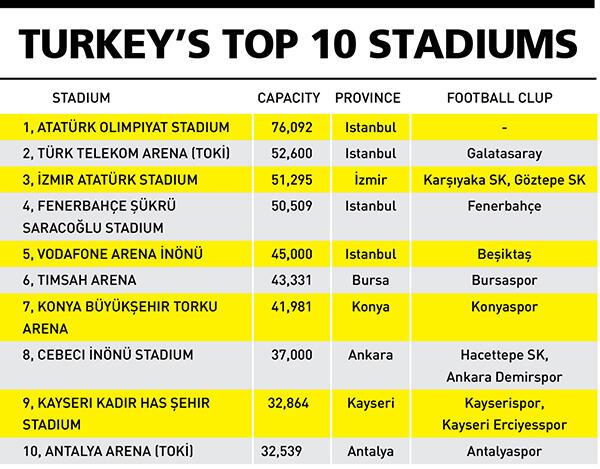 Football clubs that have grown into a large holding company need to take player performance into account when investing in them. Those who trust the internal market can make more sensational investments. When Turkey is viewed in this roughly calculated light, $ 1.1 billion in investment in soccer players is remarkable for a national income of $ 750 billion to $ 800 billion.

This investment is due to the footballing passion of the country and also to the confidence in the expenses associated with this passion. In Turkey, where the minimum wage is 1,300 Turkish liras ($ 456), young workers save their weekly wages by trying to buy a ticket. This is how great the passion is …

When this is the case, investments by soccer players in the country, local and international, reach $ 1.1 billion.

Industrial football disrupts the balance of power between football clubs in favor of the more powerful every year and that takes away the fun. For example, 58% of the $ 1.1 billion in football player assets belong to the top four clubs.

FenerbahÃ§e with its 174 million dollars, Galatasaray with 150 million dollars, BeÅŸiktaÅŸ with 140 million and Trabzonspor with 121 million dollars of investments in football players are the best football clubs that have invested in the strongest players For years. The fifth in line is Bursaspor, which has a team of $ 71 million; while one of the poorer teams, Akhisar, has a team worth $ 25million, just 14% of FenerbahÃ§e’s.

This inequality also exists in other countries. For example, the Premier League’s top four, Chelsea, Arsenal, Manchester City and Manchester United, make up 40% of the league’s assets. In Spain, football players Read Madrid and Barcelona alone represent 40% of the Spanish league. PSG represents 30% of the French championship. When the situation is like this, the other 10 to 15 teams are like wall flowers playing on the field. The more football clubs are marketed, the more political actors influence them.

The new stadium of one of Turkey’s top three clubs, BeÅŸiktaÅŸ, started construction in 2013. Its recent opening ceremony attended by President Recep Tayyip ErdoÄŸan and only politicians from the Justice and Development Party ( AKP) has once again drawn attention to the football-politics relationship. .

The new stadium is called Vodafone Arena Ä°nÃ¶nÃ¼ because the communication giant Vodafone is the sponsor. Its inauguration on April 10 was made with a limited public by invitation only, spectators not being allowed to enter. The community of BeÅŸiktaÅŸ, in particular its most active group, Ã§ArÅžÄ±, is not on good terms with the AKP. Ã§ArÅžÄ±, one of the main actors in the Gezi incidents in 2013, was even brought to justice for “organizing illegal demonstrations and [an] attempt to overthrow the government.

BeÅŸiktaÅŸ President Fikret Orman said they spent $ 100 million on the stadium, which they all funded on their own. He said they have sold seasonal boxes and that Vodafone has not directly contributed to the construction but, according to the sponsorship agreement, will make an annual payment. Orman said the difference in income between them and the top two clubs FenerbahÃ§e and Galatasaray is now â‚¬ 100million, stating that Galatasaray has earnings of â‚¬ 157million, FenerbahÃ§e 127 and BeÅŸiktaÅŸ 50million. 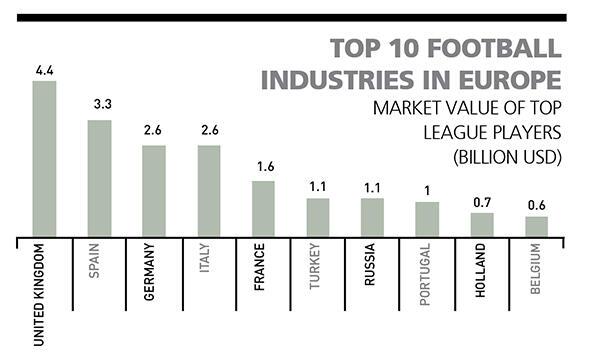 Despite insufficient resources and limited means, investments such as transfers of foreign players and the construction of stadiums have multiplied the debts of clubs, creating unrest in particular before European football authorities. For example, the giant Galatasaray was banned from the European cups for a year by UEFA because it did not meet the criteria. At the start of 2016, the debts of the Super League clubs amounted to 3.5 billion Turkish liras. The weight of debt is forcing clubs to seek government help, forcing them to stay in the shadow of politics.

A project under development calls for three state-owned banks to assume the debts of football clubs and restructure them at low rates for 10 years. According to this project, the debts of the clubs to private banks amounting to Lit 2.5 billion will be taken over by Ziraat Bank, Halkbank and VakÄ±fbank. Political steps involving football take the form of an infrastructure offering to club supporters.

The ruling AKP has particularly focused on building stadiums in cities of Anatolia to attract the football-loving masses. The Mass Housing Authority (TOKÄ°), whose main objective is to build inexpensive houses, has engaged in the construction of stadiums.

Be a conscious fan

As in other countries, in Turkey too, football is commercialized and industrialized; its low economic profile attracts politics and political ambitions with its access to the masses through football. Ways of influencing supporters paves the way for several games to be played on football.

This situation angers those who want to see football as football and be a fan of football club as an innocent identity. Being a conscious football club fan could be developed by implementing several methods such as involving fans in the management of the club, no obstructions to memberships, transparency, accountability and less marketing. Perhaps also by lowering goals and requirements.

Indeed, these will come through organization, patience and conviction …